The school took two teams of girls from Years 5 and 6 to compete against other schools at Budehaven.  The girls displayed superb sporting behaviour and one of our teams won the tournament.  Pictured below are the teams with their certificates.

Children in Key Stage Two took part in an inter-house football tournament on Friday 4th November as all of Key Stage Two had been working  on their football skills in the previous half-term.

At the end all of the points were added together and there was a draw! Gurney (red) and Hawker (yellow) had the same points and the same goal difference!

Mrs Cook and Miss Cole took a group of children to Budehaven to take part in the first festival of the year, a Year One and Two Ball Skills Festival.  The children had the chance to mix with children from other schools whilst practicing ball skills associated with many different sports.

We have welcomed our new sports leaders who are helping their fellow pupils by leading active playtimes.  The leaders, who had to apply to Mrs Cook, our PE lead, are being trained every Friday by Scott, our sports coach from LJD Coaching.

They are also working towards an award during their time in the post.  Check out their pictures below:

We were delighted to be able to attend our first sports festival organised out of school for two years when we went to Born to Win at Budehaven.  Born to Win is aimed at our most able athletes and we took a team of eight with us.  Children from all of the feeder schools to Budehaven took part with over sixty children competing.

We were represented by Arthur, Grace, Aaron, Jack, Bruce, Henry, Riley and Brandon. 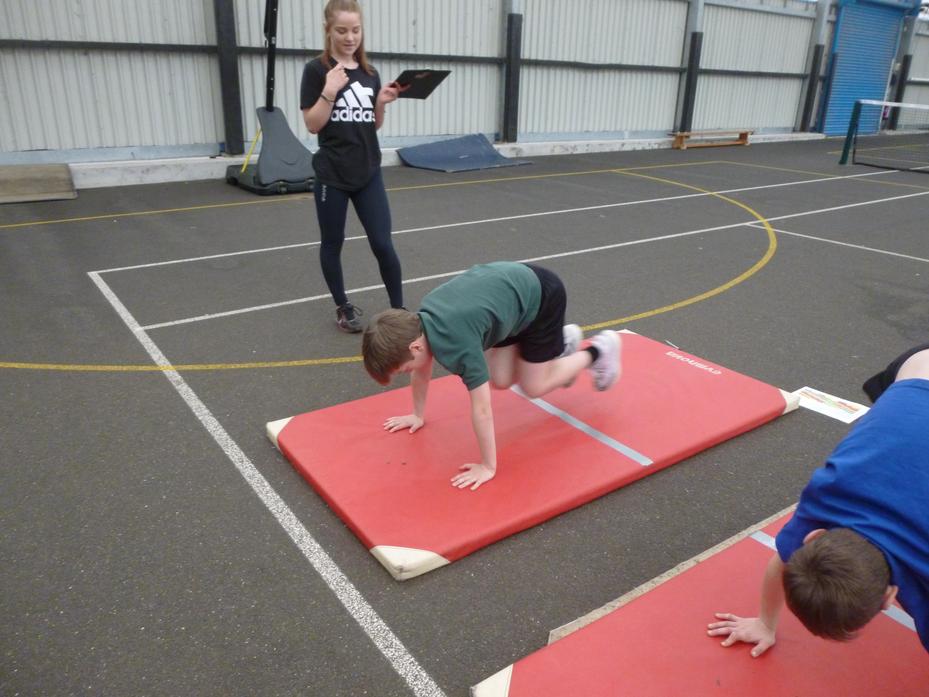 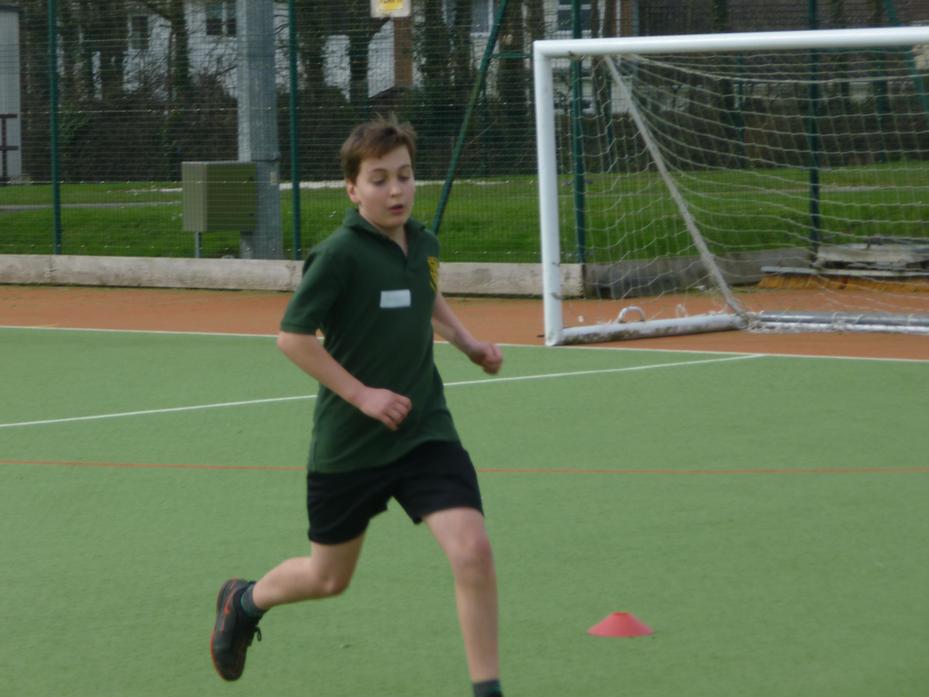 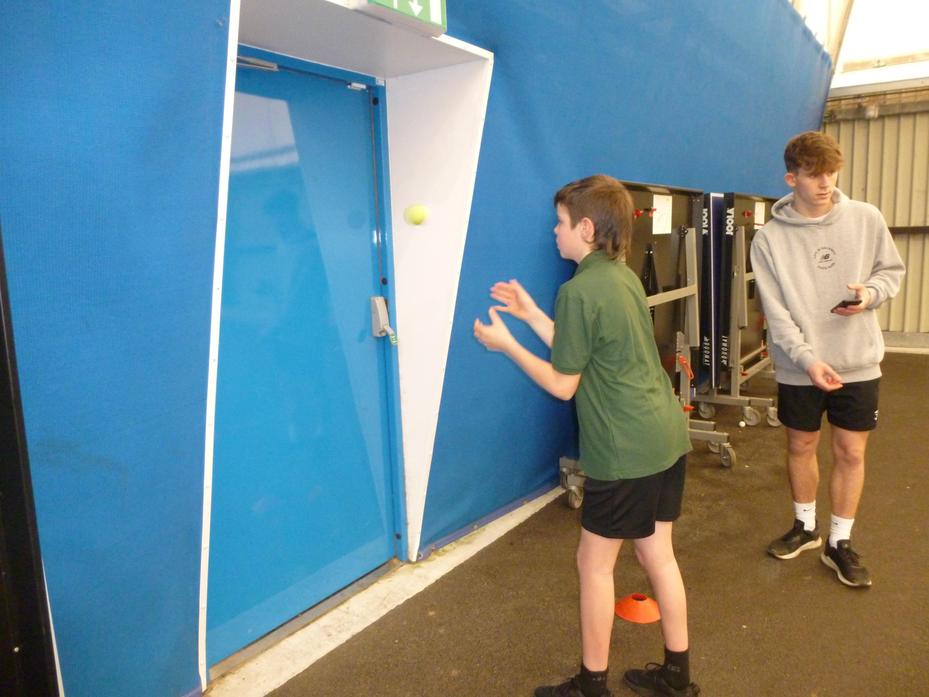 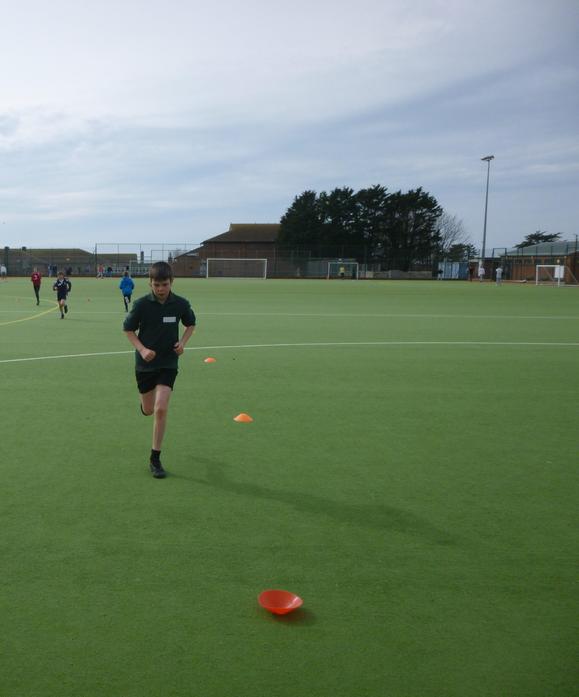 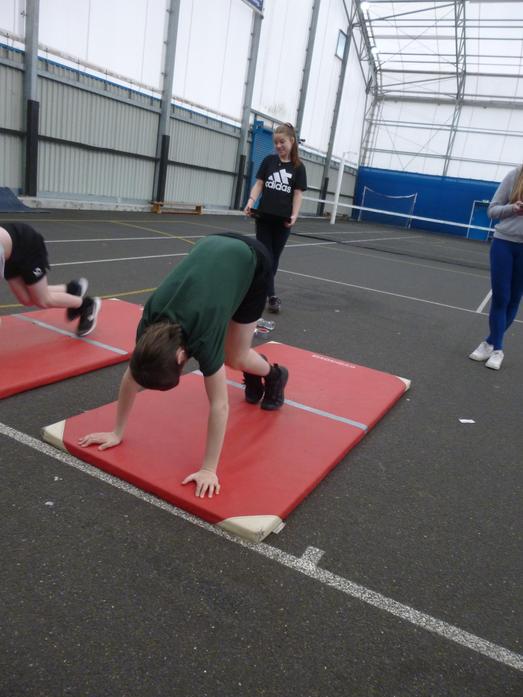 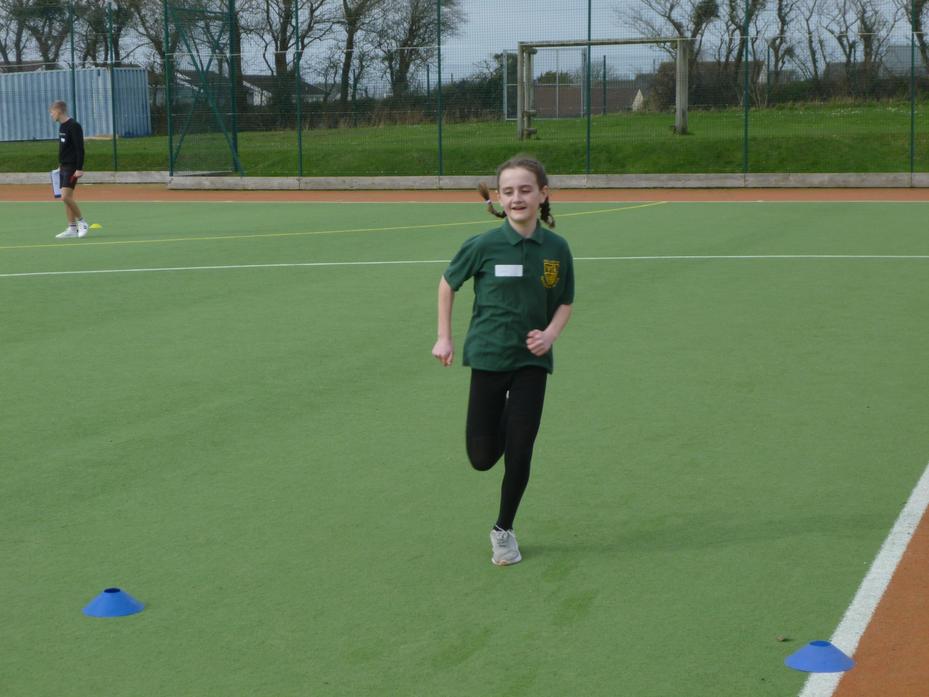 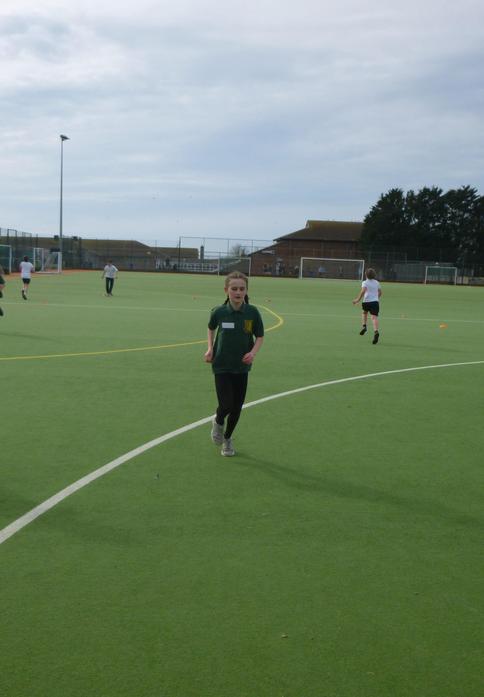 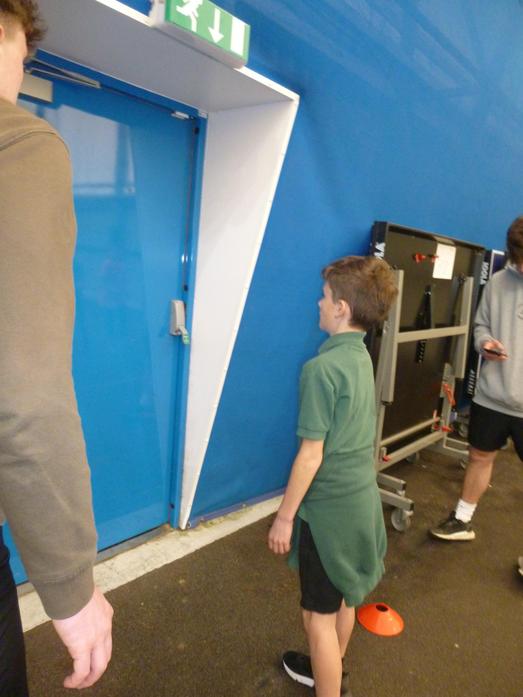 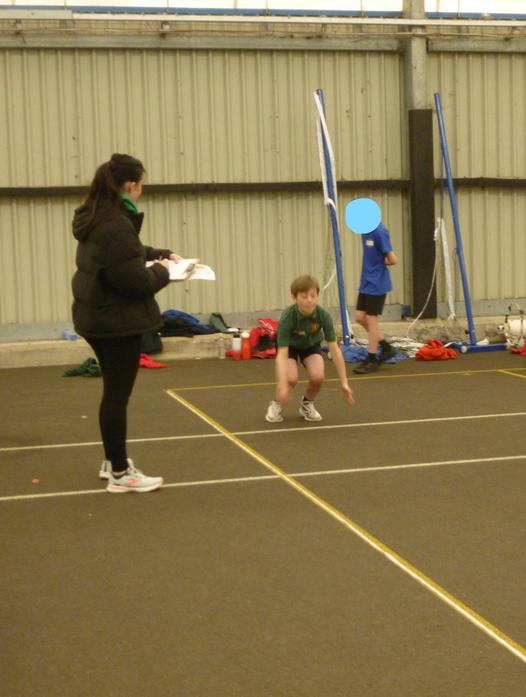 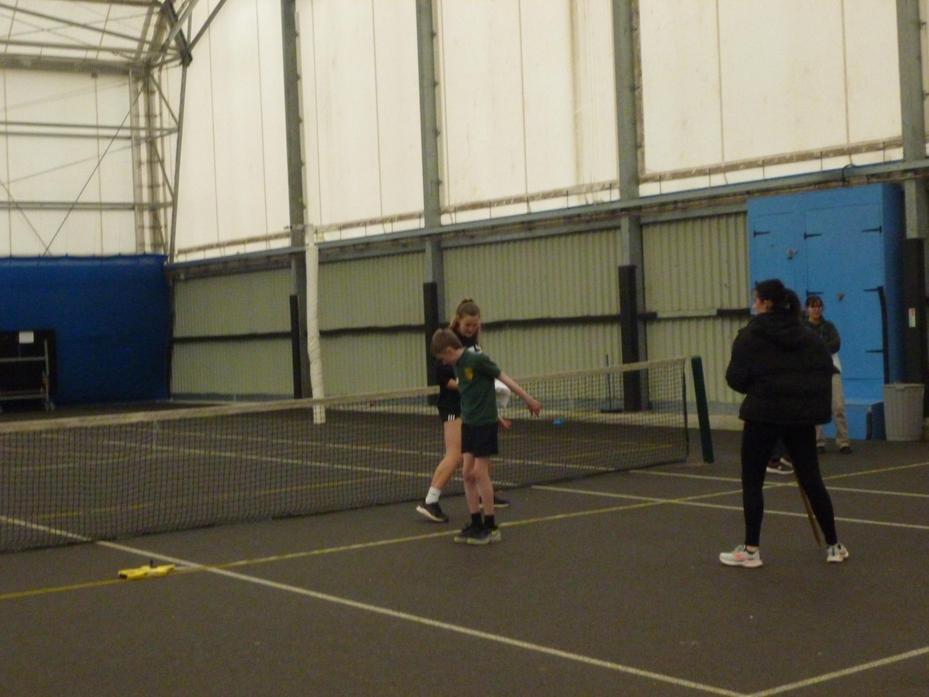 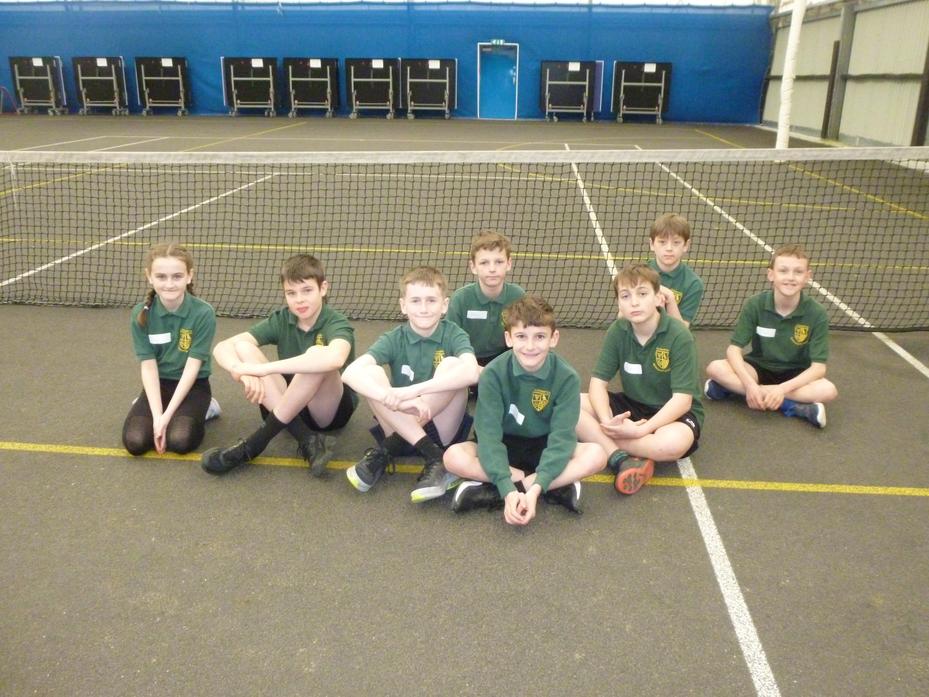 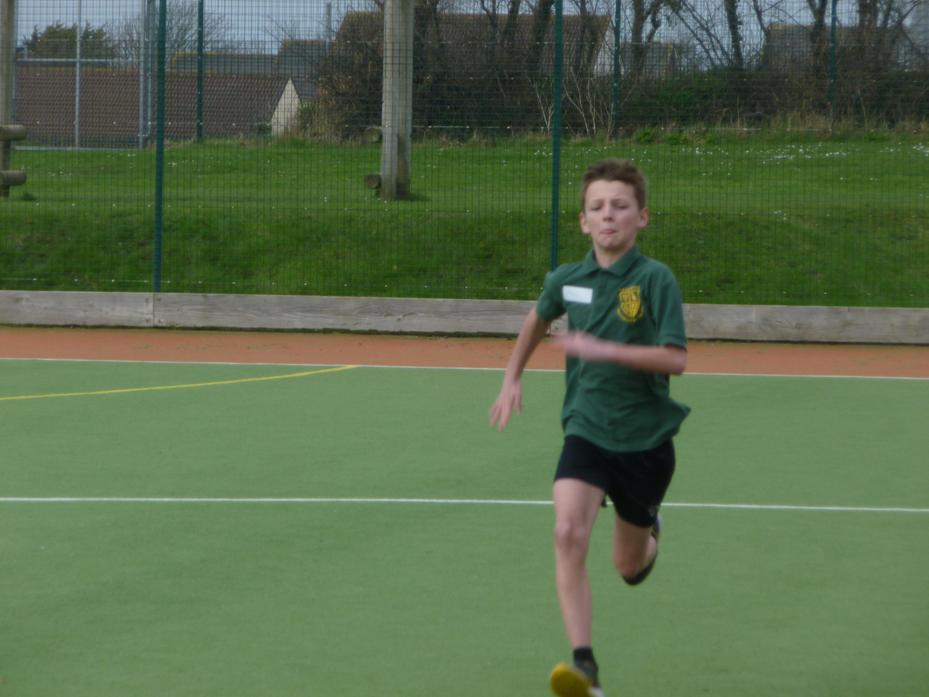 Congratulations to our Quad Kids team who were crowned area champions last week after competing in range of track and field disciplines.  They will now compete in the county finals in Liskeard on 23rd May.

A group of children from the school took part in Budehaven's 'Born to Win' challenge at the college on Tuesday.  Stanley, Toby, Reuben, Tessa, Grace (not pictured), Joe and Archie took part.  The children had to take part in a range of sporting challenges with other children from the north Cornwall area.  The top athletes were then selected to take part int he elite, 'Born to Win' academy at Budehaven.  All the children tried their best and performed well.  We are delighted to announce that both Toby and Stanley finished in the top ten athletes in the area and so, will take part in the academy.

We are celebrating being crowned area basketball champions for the second year running and for the third time in four years! The team, pictured below, now qualify for the county finals in June.  Congratulations to the team on their superb achievement, winning all of their games!

The school sent two teams to the Bude Football Tournament held at Budehaven. Team B won two games and lost two games, whilst Team A won three, drew one and lost one.  Team B came fourth in their group whilst Team A came second.  Well done to all of the children.  Top scorer for the school was Toby.

The children in Summerleaze class have been learning football skills in their outdoor PE lessons this half-term.  On Monday 16th October, Mr Miles and Mrs Shadrick organised an inter-house football tournament for the children to show off the skills they have learnt.

The matches were keenly contested and the results were as follows:

As you can see from the results, the winners of the Summerleaze tournament were Hawker!

All the children had a great time, as you can see from the photos below.

We took three teams from Years 5 and 6 to compete against local schools in a tournament held at Bude Cricket Club.  The children had a fantastic time and bowled, batted and fielded in difficult windy conditions.

The boys' team, Kilkhampton A and the girls' team both came runners-up in the tournament losing against Bude Juniors in the final.

Pictures of the event can be seen below.

The school took three teams to the North Cornwall Games, which were held at Budehaven on Wednesday 17th May.  Children from Key Stage Two competed in: tennis, golf and basketball.

The children all tried their best and enjoyed the competition.  For the basketball team the competition continues as they have qualified for the county finals on 30th June.

Below you can see a slideshow of action from the day.

We sent two teams to take part in the area TAG rugby finals at Budehaven.  Team B won one game, drew one game and lost one game to finish third in their group.  Team A beat St. Mark's 9-2, Marhamchurch 3-1, Bude 8-5 and lost to Stratton 4-3.  They topped the group and made it to the final where they again met Stratton.  Kilkhampton drew 4-4 in the final resulting in a tie for area champions between Kilkhampton and Stratton.

A big well done to all of our players and to their coaches, Mr Miles and Mrs Shadrick.  A special mention must be made to top scorer Barney who scored fourteen tries!

Pictures from the event can be found in the slideshow below.

Tony, our Bikeability coach from Arena South West visited the school on Monday and Tuesday 24th and 25th April to teach another group of children cycling proficiency through the Bikeability scheme which the school is able to offer as a result of the Sports Premium grant.  The children learnt key skills both on the playground and out on the open road to ensure they safely cycle.  Pictured below are our latest batch of Bikeability trainees.

Our netball team visited Budehaven School on the 23rd March to take part in the north Cornwall netball finals.  The team performed fantastically and narrowly lost to St Stephen's, Launceston in extra time in the semi-finals. Well done to all our netballers, a superb achievement for a small school! 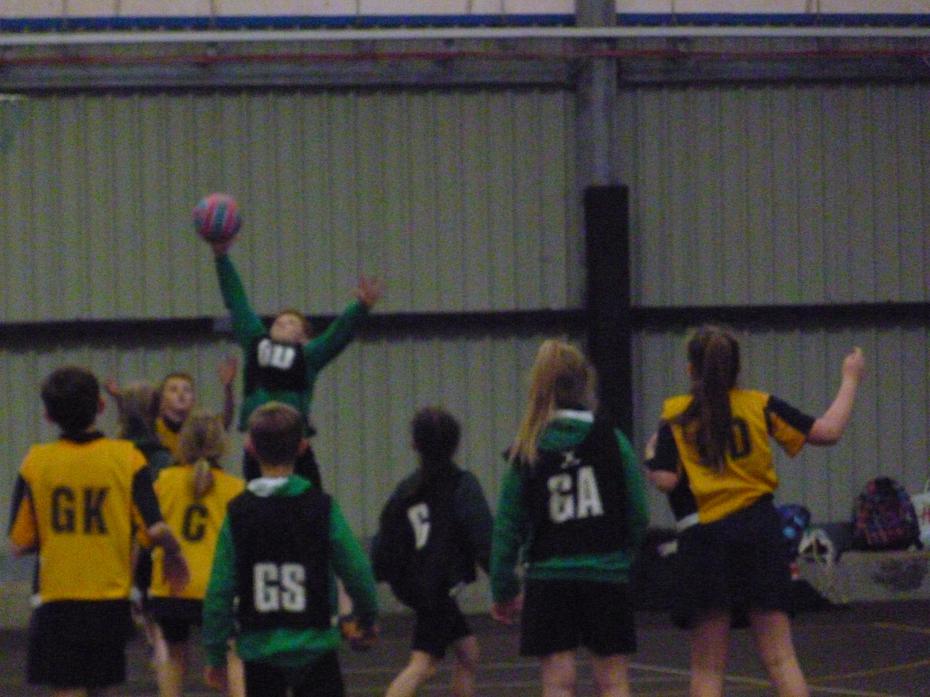 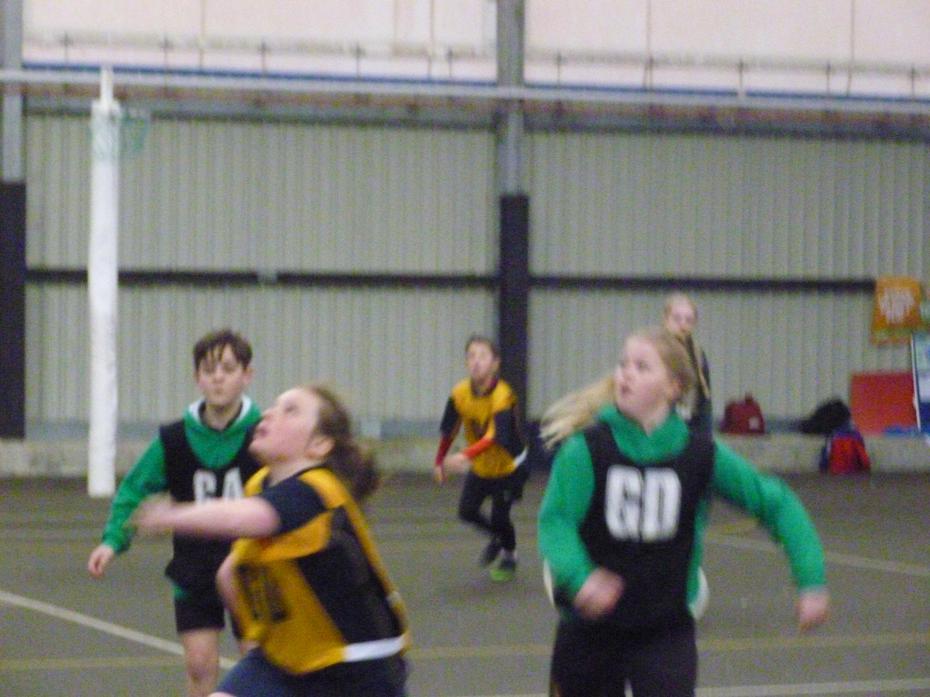 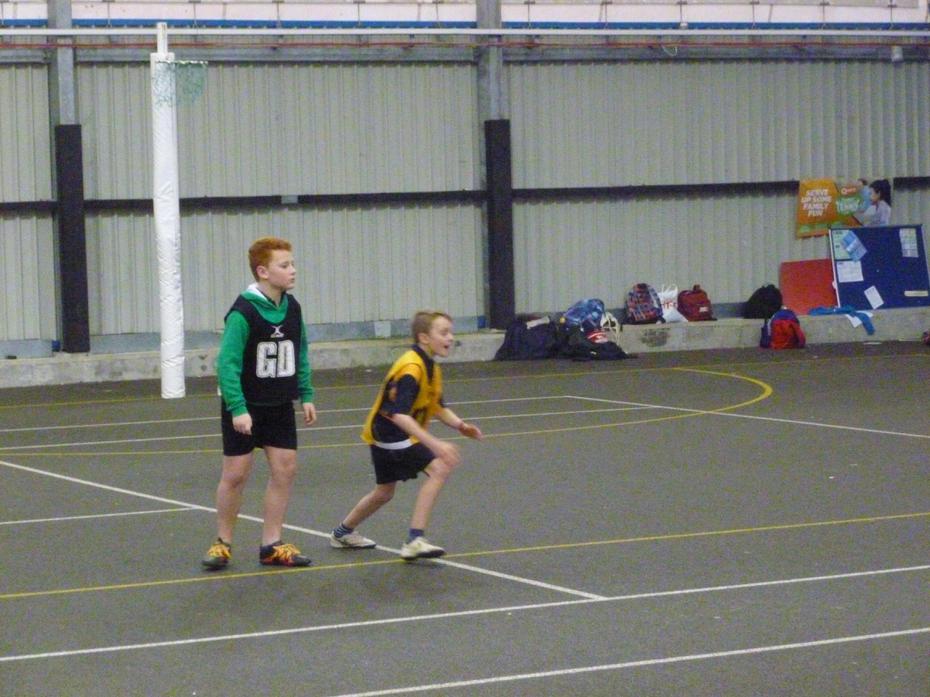 Seven children from Kilkhampton Junior and Infant School were invited to take part in the Gifted and Talented PE, 'Born to Win' session at Budehaven on Tuesday 14th March.

As part of the session the children competed against children from the Bude and Wadebridge areas in a range of events including  squat thrusts, sprints and shuttle runs.

The ten top performing girls and boys from the event are then invited to take part in a 'Born to Win' academy at Budehaven focusing on sporting skills.

Kilkhampton children performed fantastically in the event, winning the trophy for best performing school.  In addition to this Charlotte came second overall with Matthew coming second in the Bude area and Joey and Harry also finishing inside the top ten.

A big congratulations to all of our competitors:  Matthew, Charlotte, Joey, Barney, Ashton, Harry and Millie.

We took two netball teams to Budehaven to compete in the area competition on Tuesday 28th February.  The teams competed in two different pools.  Team Two won one game, drew one game and lost one game.  Team One won all of the games in their pool to reach the final where they narrowly lost to Bude Juniors.  Despite losing in the final, Team One have qualified for the North Cornwall finals of netball- well done!  Pictured below are Team One.

Unfortunately not the ones with chocolate chips.

Some cookies are necessary in order to make this website function correctly. These are set by default and whilst you can block or delete them by changing your browser settings, some functionality such as being able to log in to the website will not work if you do this. The necessary cookies set on this website are as follows:

Cookies that are not necessary to make the website work, but which enable additional functionality, can also be set. By default these cookies are disabled, but you can choose to enable them below: